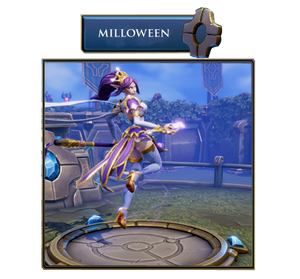 Milloween is one of the Masters in Minion Masters. This master is unlocked with 1500 Shards or 775 Rubies.

After years of pining for a Master she's had a crush on, Milloween joined Minion Masters to impress him with her superior magic. But so far, King Puff hasn't shown any interest.

Magic is what Milloween does, and she does it well! She'll sling spells of devastating powers until the field of battle is reduced to nothing but an arcane wasteland.